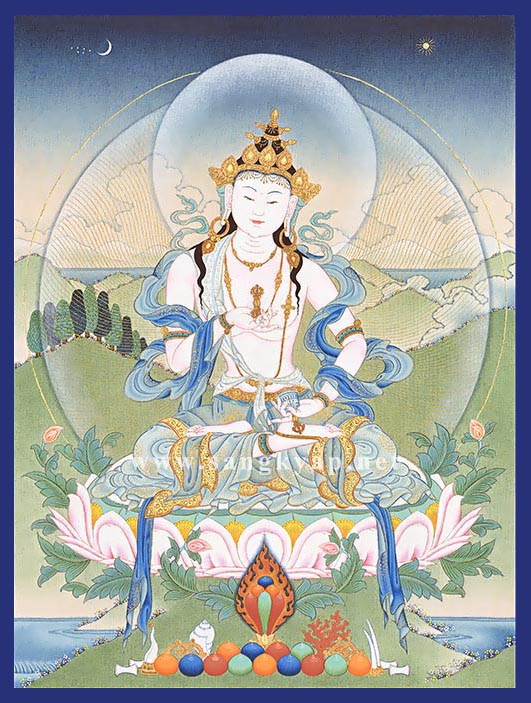 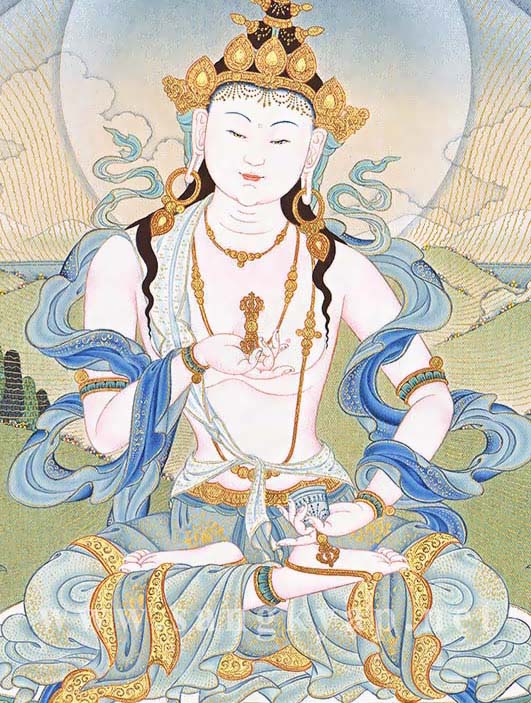 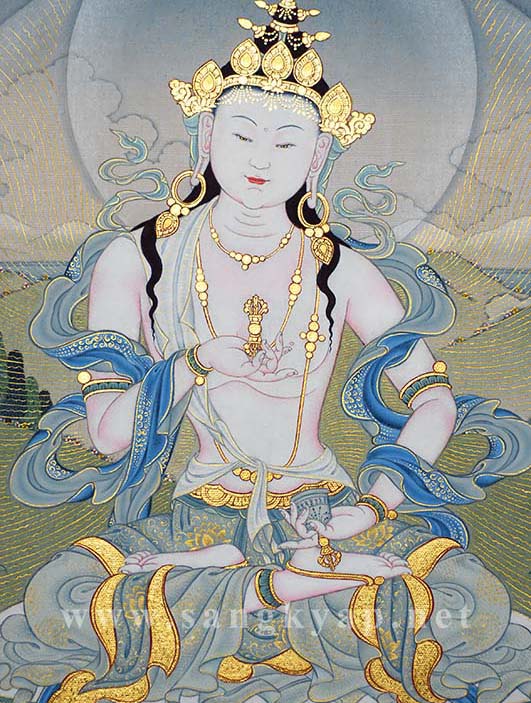 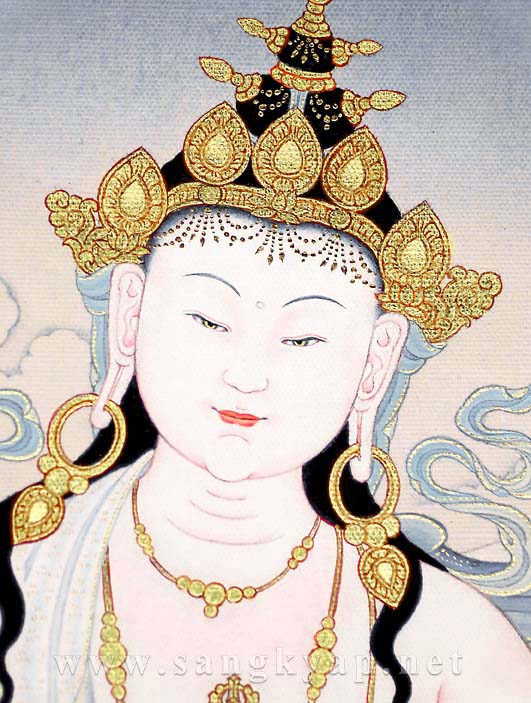 
A small Thangka of the Buddha of purification, Vajrasattva. Vajrasattva represents the primordial purity and the practice of Vajrasattva is common to all four major schools of Tibetan Buddhism.

Since the clear white body of Vajrasattva is often compared to crystal or to a snow mountain reflecting the sun, unlike the usual full colored Thangka the garments of Vajrasattva in this Thangka are painted only with the "cold colors" like blue and green of Azurite, Malachite and Turquoise decorated with pure gold.

Another well known form of Vajrasattva, an extremely wrathful form, is Vajrakilaya with three heads, six arms and four legs in the union with his female consort Khorlo Gyedunma. 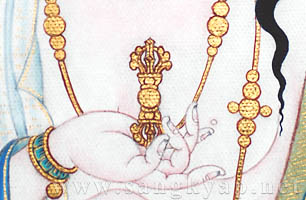 The right hand holds a "Vajra" slightly left to his chest, front of his heart. 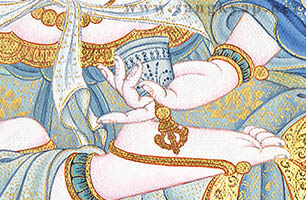 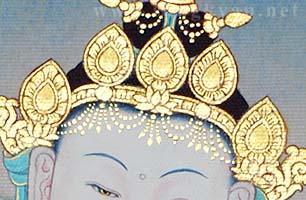 The shining crown of gold polished with agate stone.