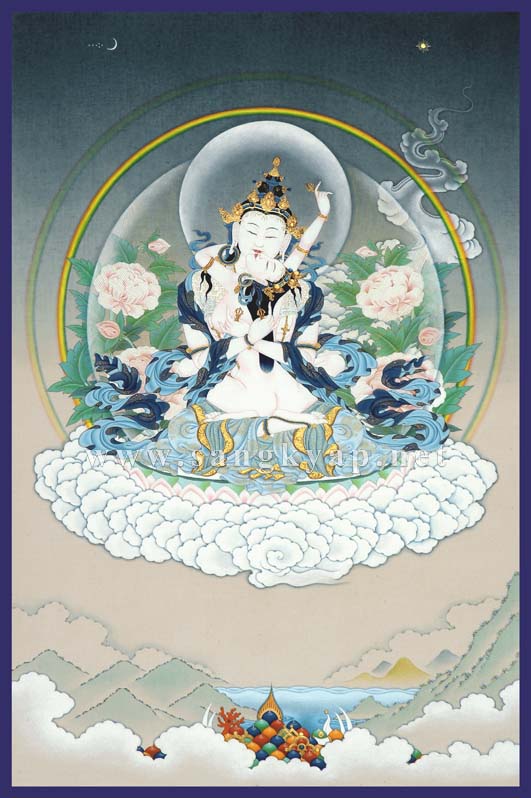 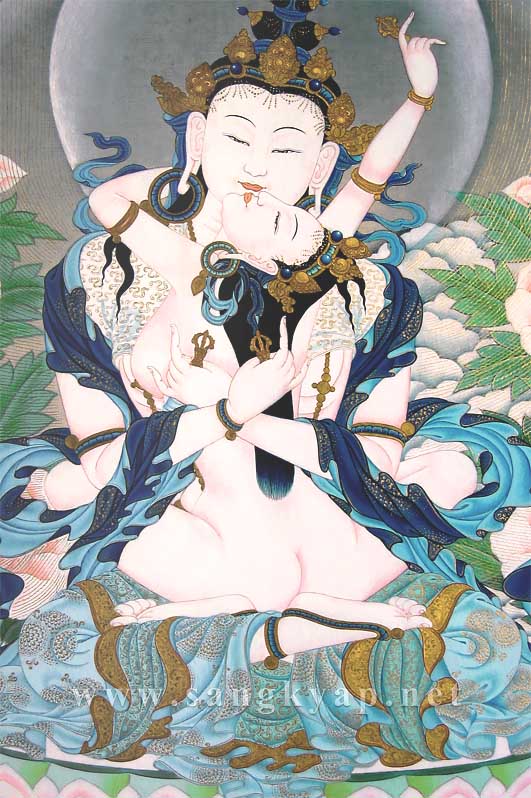 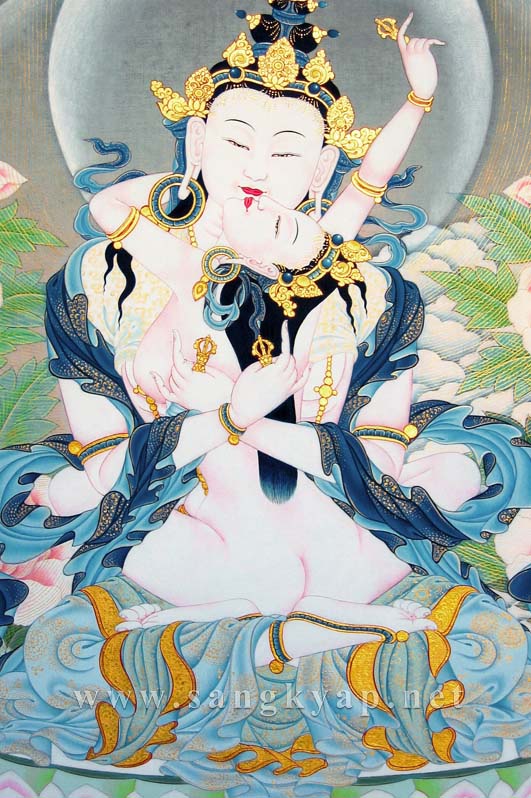 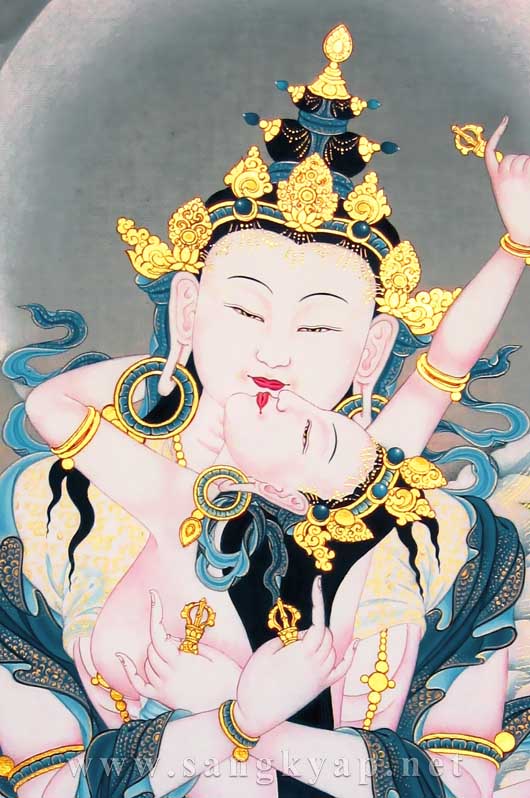 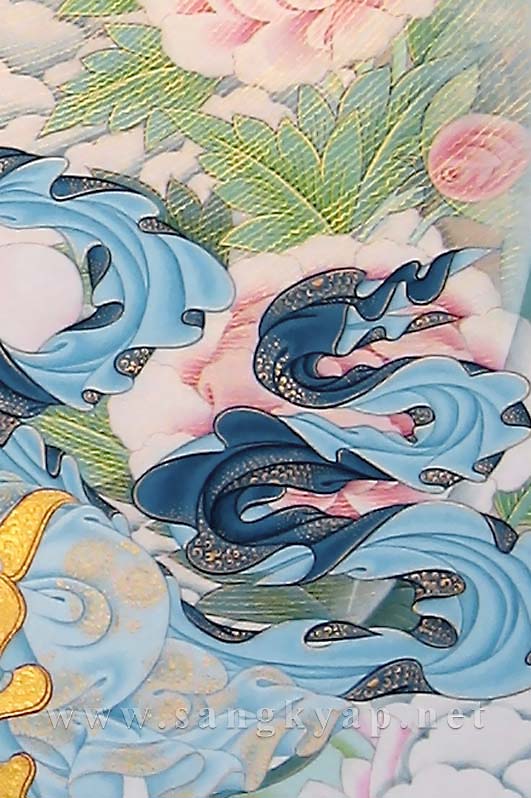 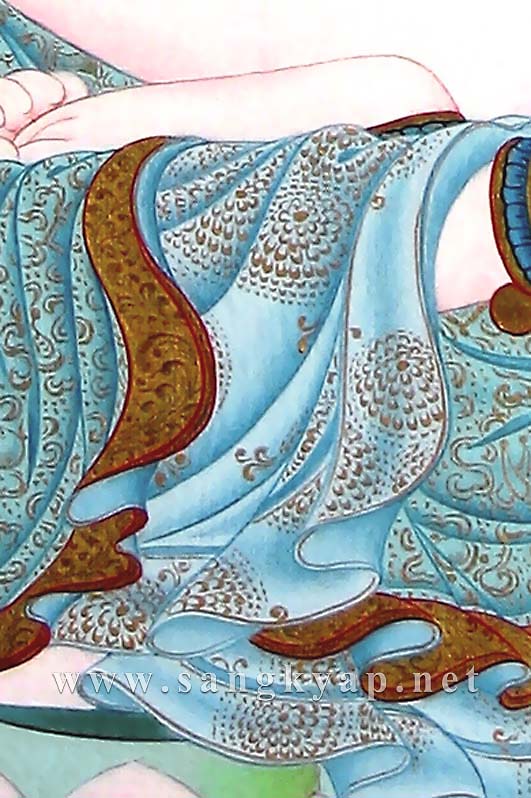 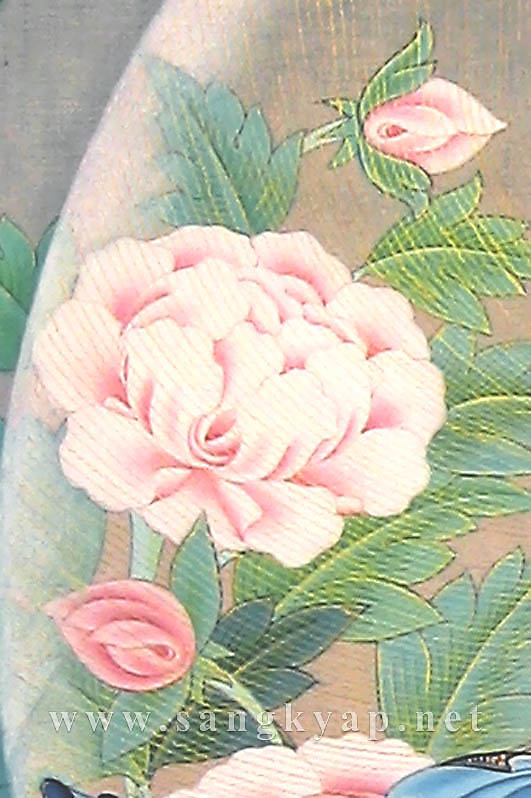 
Vajrasattva is a deity associated with a powerful purification practice. As he is sometimes referred to the stainless crystal or the snow mountain reflecting the sunlight, most of color used in this Thangka are various tones of "cold colors" such as blue and green.

In this Thangka Vajrasattva is in union with his consort sitting on a moon disk and lotus seat carried by a mass of white clouds. The transparent halo radiating from their bodies are depicted with a circle of smooth white shading together with two circles of rainbows.