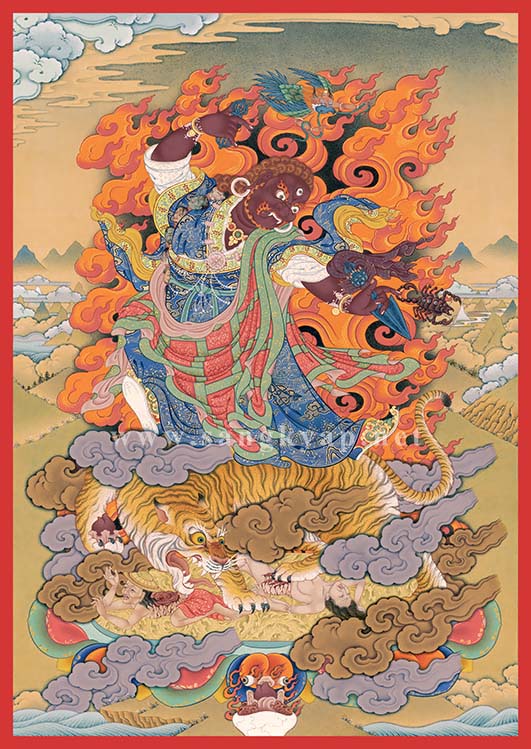 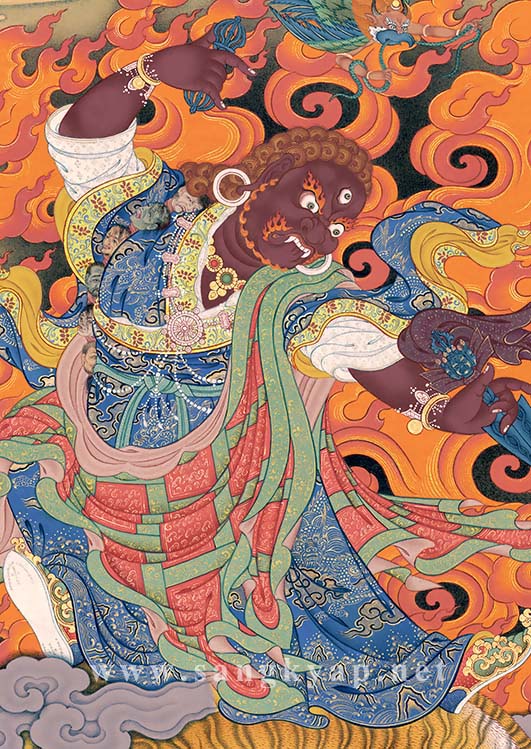 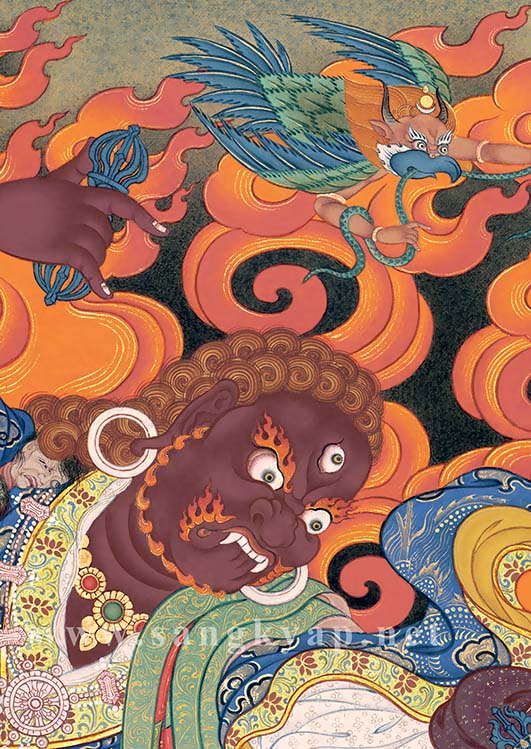 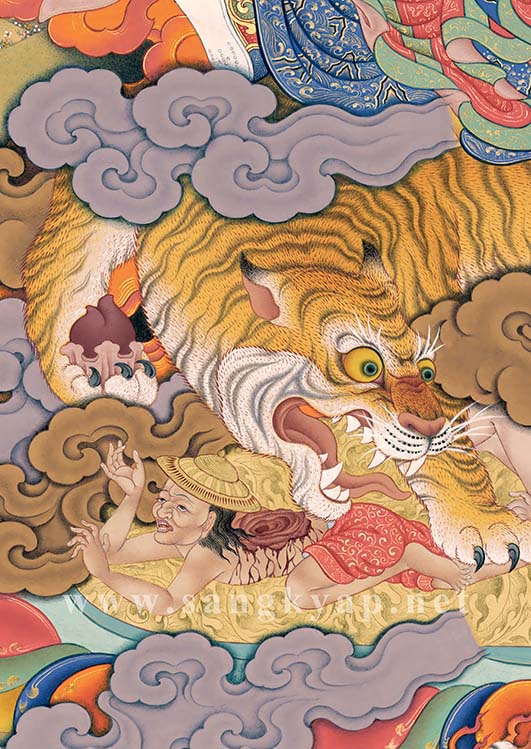 One of the "Eight manifestations of Guru Padmasambhava" with extremely wrathful expression. Guru Padmasambhava manifested in this form in order to subdue the negative and evil forces at thirteen different places in Himalayan Region.

His brown hair is curly, and eyebrows and whiskers are blazing like fire flames. The third eye of wisdom on his forehead is open wide, he bites upon his lower lip with his upper fangs, glaring the enemies. He holds a Dorje (Vajra) in his upraised right hand and a phurba, a ritual dagger decorated with a vajra and three wrathful heads in his left hand. The sharp point of Phurba which pierce anything is aimed at the heart of the enemies.

A small amount of yellow ocher is added to the mixture of chalk, clay and glue solution to create the canvas. As a result, the canvas is more yellowish dark color than general canvas which gives the effect of higher saturation to the color painted on. 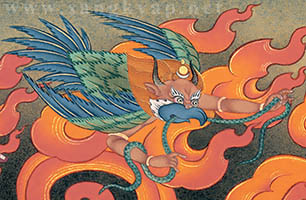 The mythical bird "Garuda" hovers above Dorje Drolo. His two hands hold two snakes with the heads in his hooked beak. 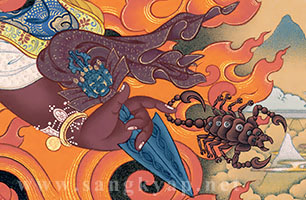 The "Phurba" or ritual dagger made of meteorite in his left hand with a black iron scorpion appearing from a finger tip. 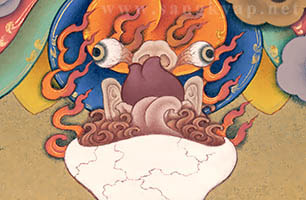