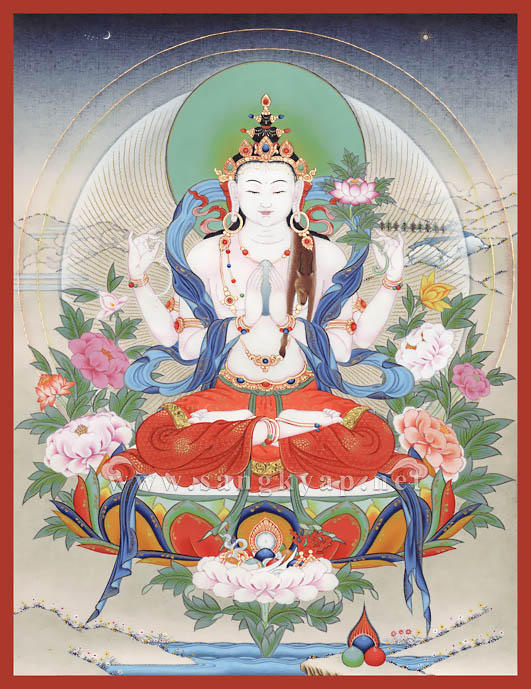 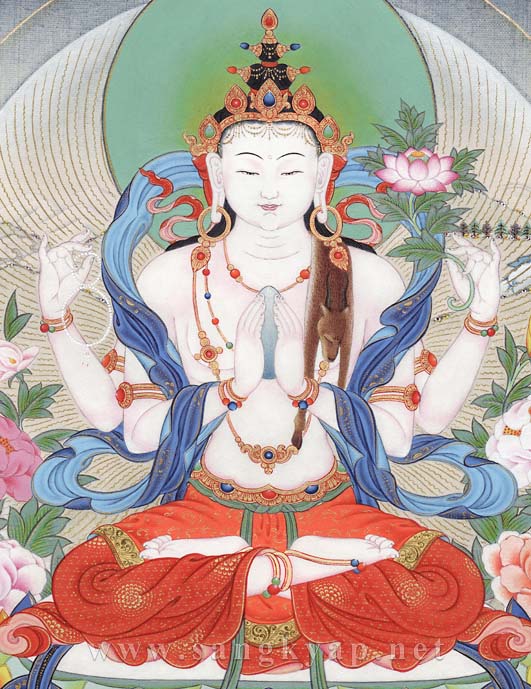 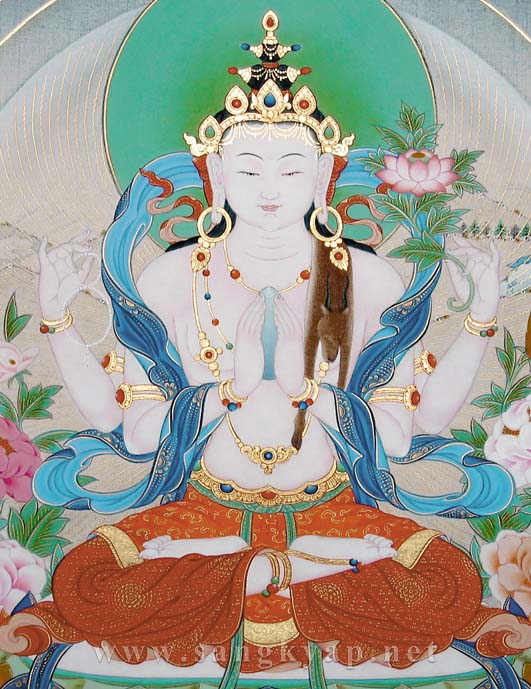 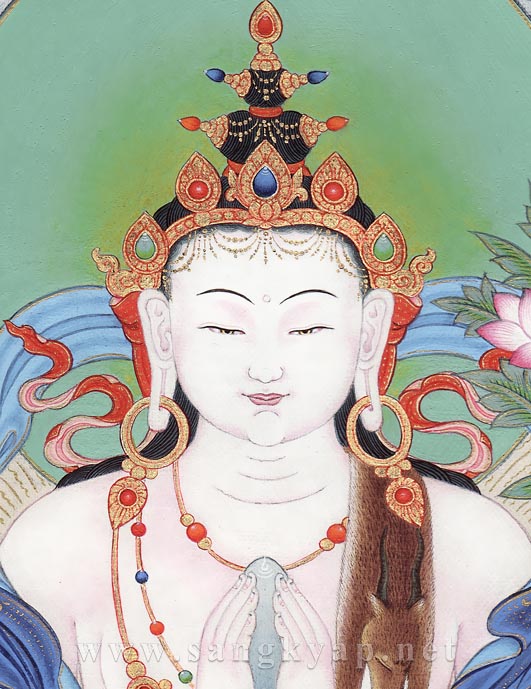 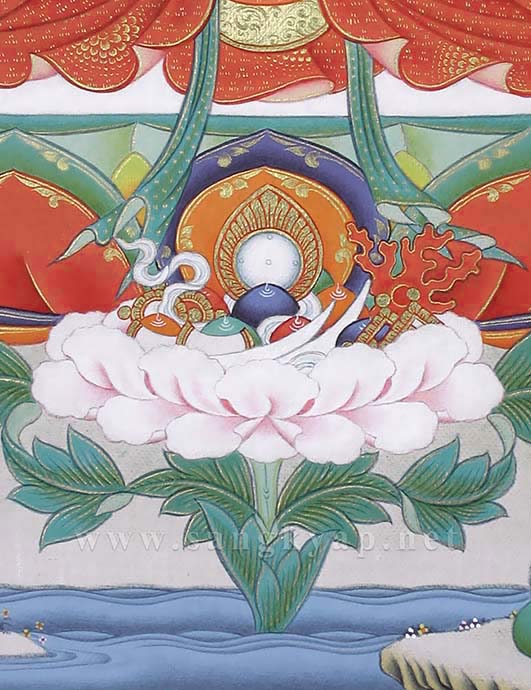 Avalokiteśvara who is very well known in Tibet with his six-syllabled mantra "Om mani padme hum" is the embodiment of the compassion of all the Buddhas who chooses to remain in samsara for the benefit of all beings even though he has already attained the buddhahood. 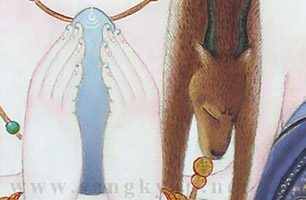 Two hands joined in front of his chest hold a jewel and a skin of antelope over his shoulder. 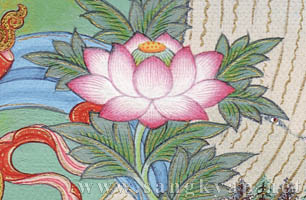 The lotus, a symbol of purity unstained by the defilements of samsara in his left hand. 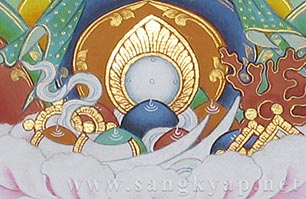 Various offerings in a flower bloom out from a lake.